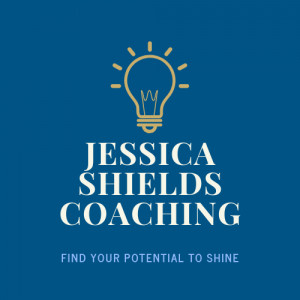 I’ve always been motivated by the theories behind Positive Psychology, and use many of its core principles and practical techniques in my coaching. Many of my other blog posts feature tips for readers which promote Positive Psychology in practice, and the results are inspiring. So, I wanted to share something else which I’ve always been interested in and practice a lot, which is ‘Affirmations’.

I first came across affirmations from conversations with friends who use them frequently. I started to use them myself, particularly when starting up my business and I needed a focused and positive mindset. I came across them again during my Neuro-Linguistic Programming training and found their origins to lie within NLP; ‘Affirmation is a method for creating, strengthening and encouraging positive ‘self-fulfilling’ processes. “Affirmation” essentially involves the verbal assertion and reinforcement of empowering beliefs. The process of affirmation involves the repetition of a series of belief statements. In many ways, affirmations represent a fundamental example of “neuro-linguistic programming”. They employ the use of language to establish and encourage positive mental “programming”.’ (Dilts and deLozier, 2000)

Further from this, others would share stories about how affirmations had helped them, and I moved into finding talented and successful people sharing their stories of how affirmations helped them along their journey into reaching success. Here’s an interesting one from Jim Carrey, a great inspiration of mine:

“I’ve always believed in magic. When I wasn’t doing anything in this town, I’d go up every night, sit on Mulholland Drive, look out at the city, stretch out my arms, and say, “Everyone wants to work with me. I’m a really good actor. I have all kinds of great movie offers.”

I’d just repeat these things over and over, literally convincing myself that I had a couple of movies lined up. I’d drive down that hill, ready to take the world on, going, “Movie offers are out there for me, I just don’t hear them yet.”

It was like total affirmations, antidotes to the stuff that stems from my family background.”

Similarly, Will Smith, the actor, uses his beliefs and affirmations to fuel his work ethic, which has enabled him to achieve great success. He uses a fantastic metaphor of ‘building a wall’. When Will and his brother were children, their father knocked down a wall of his business, and asked his sons to rebuild the wall. They thought this would be impossible, but they pursued the challenge, and it took them a year and a half to achieve a fully built wall. Since then, Will Smith has famously spoken about this time in his life, and how he achieved the fully built wall.

‘I’m gonna lay this brick, as perfectly as a brick can be laid. You do this every day, and soon you have a wall’.

He starts with the bricks in mind, rather than the wall. If we lend this to affirmations, we can look at which affirmations can be our bricks, to help us build our own walls.

Affirmations must be clear, concise and most importantly, they must be phrased as if they are going to happen soon. Let’s use an example of wanting to become a more successful person. To say or write an affirmation of ‘I am a successful person, I have achieved so much’ would immediately trigger that inner self-doubt voice which would question that as being true to reality. Instead, an affirmation such as ‘I am becoming more successful and continue to achieve new things every week’ suggests this is something that hasn’t directly happened yet, but is slowly becoming reality. Also, avoid putting a time scale on your affirmations, as this will only trigger the mind to think it can sit back and relax for that specific period of time, and sometimes we can underestimate or overestimate how long it will take for us to achieve something.

An affirmations jar is a simple and effective way to help us consolidate our beliefs and focus on what we want. They don’t take long to create, and you can continue to add new affirmations to your jar as you begin to dream about new achievements you want to make. From reading your affirmations daily, it will keep your goal in mind and you’ll start to notice opportunities that you would never see otherwise (think of Jim Carey’s film opportunities!). When you achieve them, perhaps create a ‘success story’ to log all of the achievements you’ve had to help you maintain your confidence and continue to strive for more.